For Netflix International B.V. we took on the project management, location scouting, personnel service and production for several activations to promote the new German Netflix-owned production SKYLINES in September and October of 2019.

In the show, a young music producer is hired by a major music label. There he quickly learns that the music industry is not only glamorous, but also has very dark sides.

The activations we concepted and produced were threefold: First a private screening of the first three episodes for the cast at Villa Kennedy, then a big party for cast & crew at the Panorama Restaurant Franziska which is located on the 39th floor of the Henninger Tower.

For the final activation we branded a Nightliner tour bus completely and converted it into a mobile recording studio. This bus drove to different spots in Frankfurt, Offenbach and Kranichstein and gave young people the chance to record their own beats and tracks, mix them or sing vocals. The producer heavyweights Bazzazian & Farho gave workshops on beat making and songwriting and fully coached the young artists. 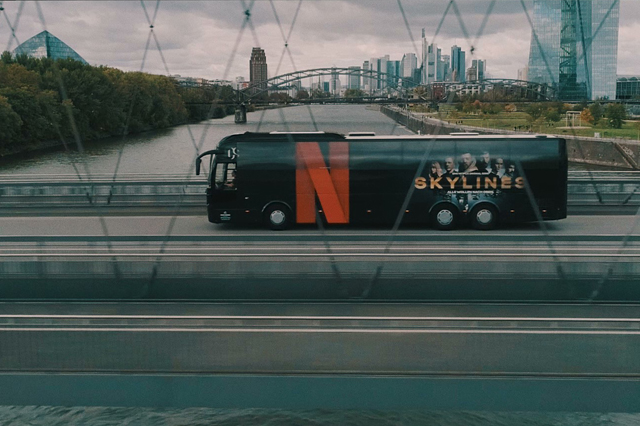 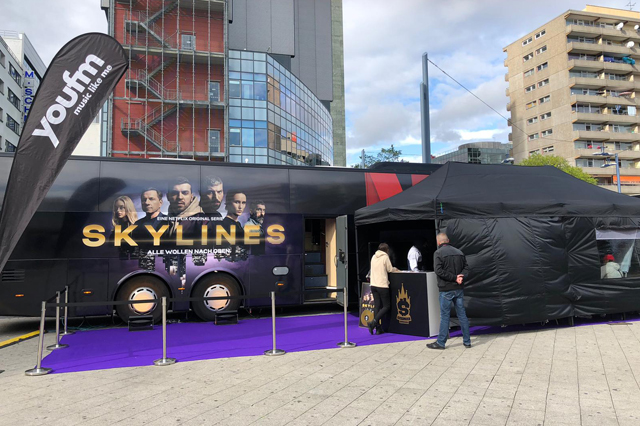 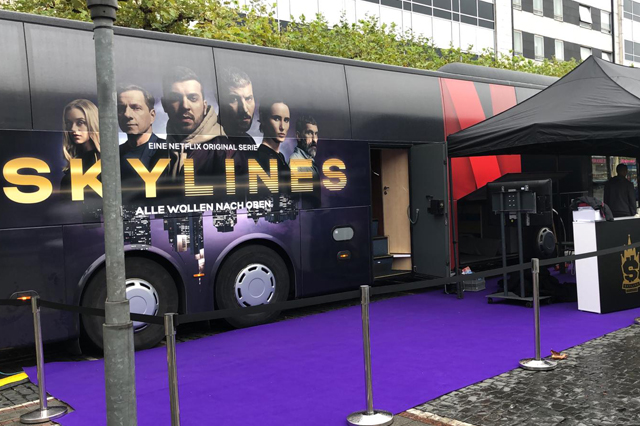 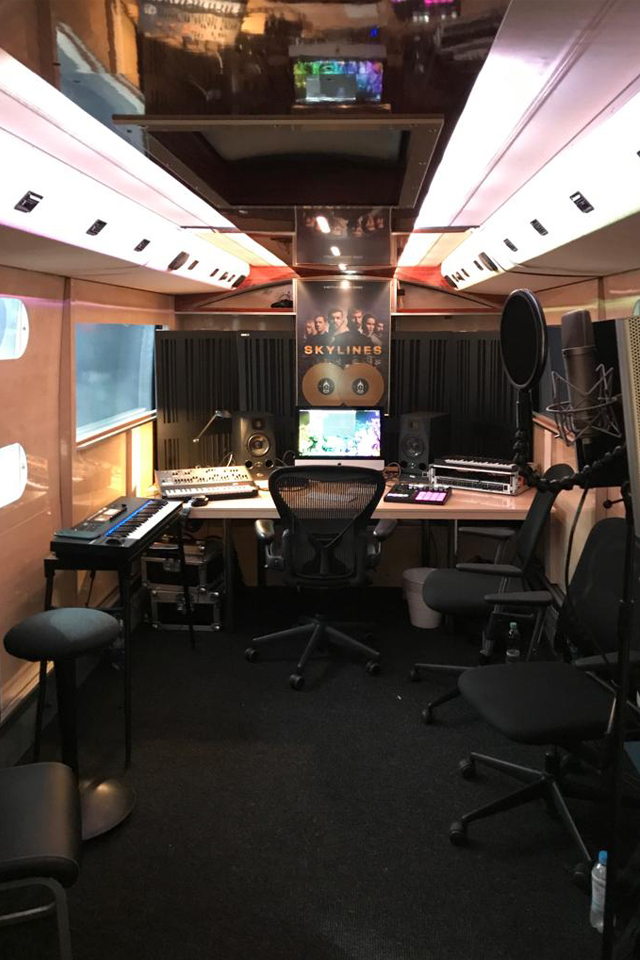