In October 2017 we supported Patagonia Europe in managing the PATAGONIA MISSION STATEMENT campaign in Berlin. Patagonia set their statement at different events all over the city for ten days.
The campaign kick-off was a giant mural with their mission statement in Brunnenstrasse plus a wild postering activation. This was followed by a unique Patagonia Thriftshop where press and influencers, exclusively on a Friday; and all Patagonia fans could buy used and repaired apparel on the following day. The shop was nearly sold out. All incomes were donated to three local NGOs.
Additionally, we organised a hot spot for the Patagonia Worn Wear Truck in Schönhauser Allee where everyone could pass by to get their worn clothes repaired.
Apart from the named actions the brand was present with several presentations and discussions at their retail partners and in Impact Hub. 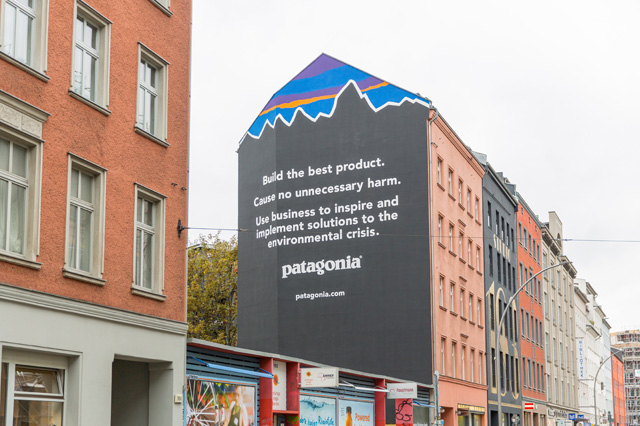 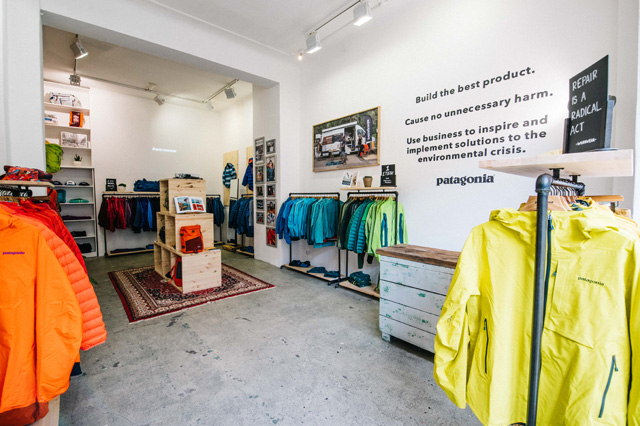 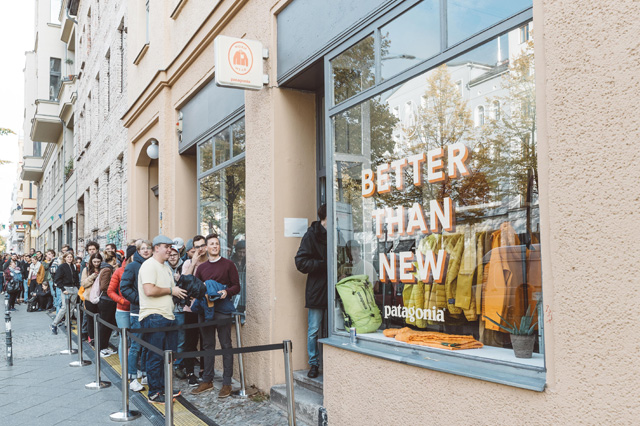 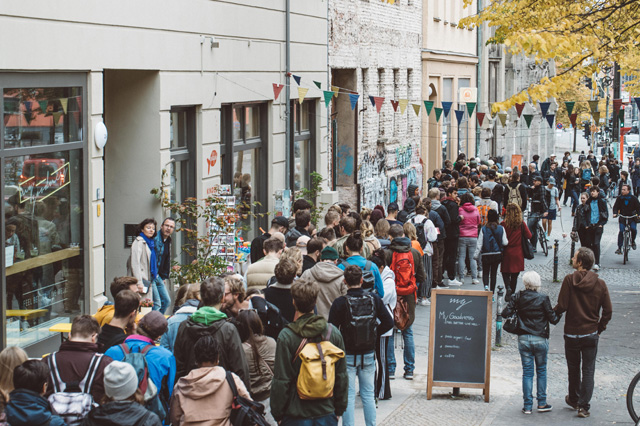 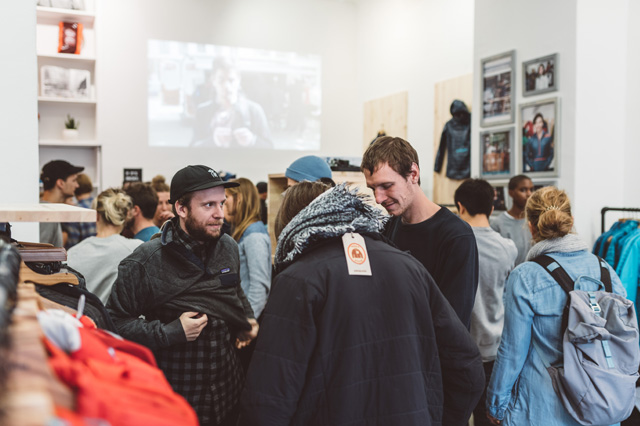 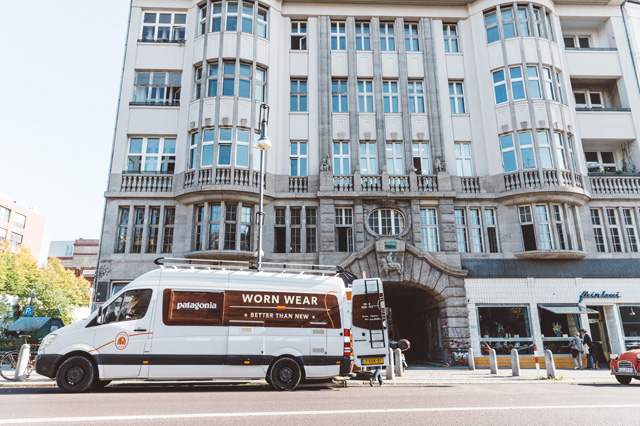 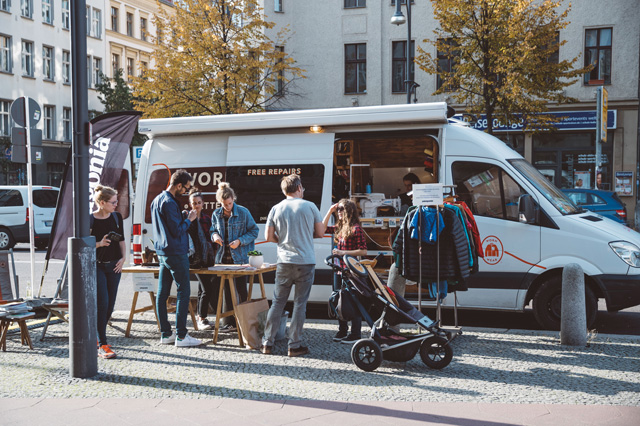 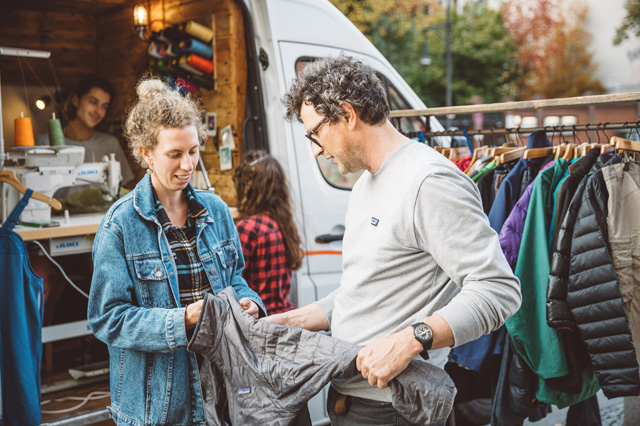