The NIKE European Operations Netherlands B.V. commissioned us at the end of 2019 with the conception and project management for the release of the Nike Air Jordan 11 at trading partner SNIPES.

Hand in hand with Nike & SNIPES, we designed a bold concept for activating the re-release of a classic Air Jordan silhouette, the AJ11 Bred 23. The shoe celebrated its first appearance on the feet of none other than NBA legend Michael Jordan. With the Bred on his feet the Bulls won the NBA trophy for the 4th time in a sensational playoff final game in the 95/96 season.

We took on the challenge and designed a one-time activation in which we not only recreated the winning locker room at the time with great attention to detail, but also developed a 10-minute escape game: the AJ11 Experience Room was born.

Customers had the opportunity to immerse themselves in the year 1996 and the moment of victory of the Chicago Bulls for 10 minutes. The goal of the game was to find the number combination to Michael Jordan’s locked locker that held the t-shirt needed for the legendary winner ceremony and photo. The players were guided by intros spoken by voice actors and given hints over walkie-talkie by the game in case they got stuck. The game leaders knew to jump in as they were able to watch the players on camera. Everyone who managed to find the number combination and free the t-shirts received one themselves – what a memory!

At the end of the activation we topped off the experience with a party at the SNIPES Store Alexanderplatz. We turned the flagship into a concert venue and artists Sumpa & Serious Klein gave a private concert to invited guests. Together we celebrated the midnight release of the AJ11 with a raffle, good food and drinks.
The Experience Room got a quick overhaul and was turned into a photo station where guests could make memories captured by a professional photographer and take prints home with them.

Our area of responsibility included the complete project management including conception and production. 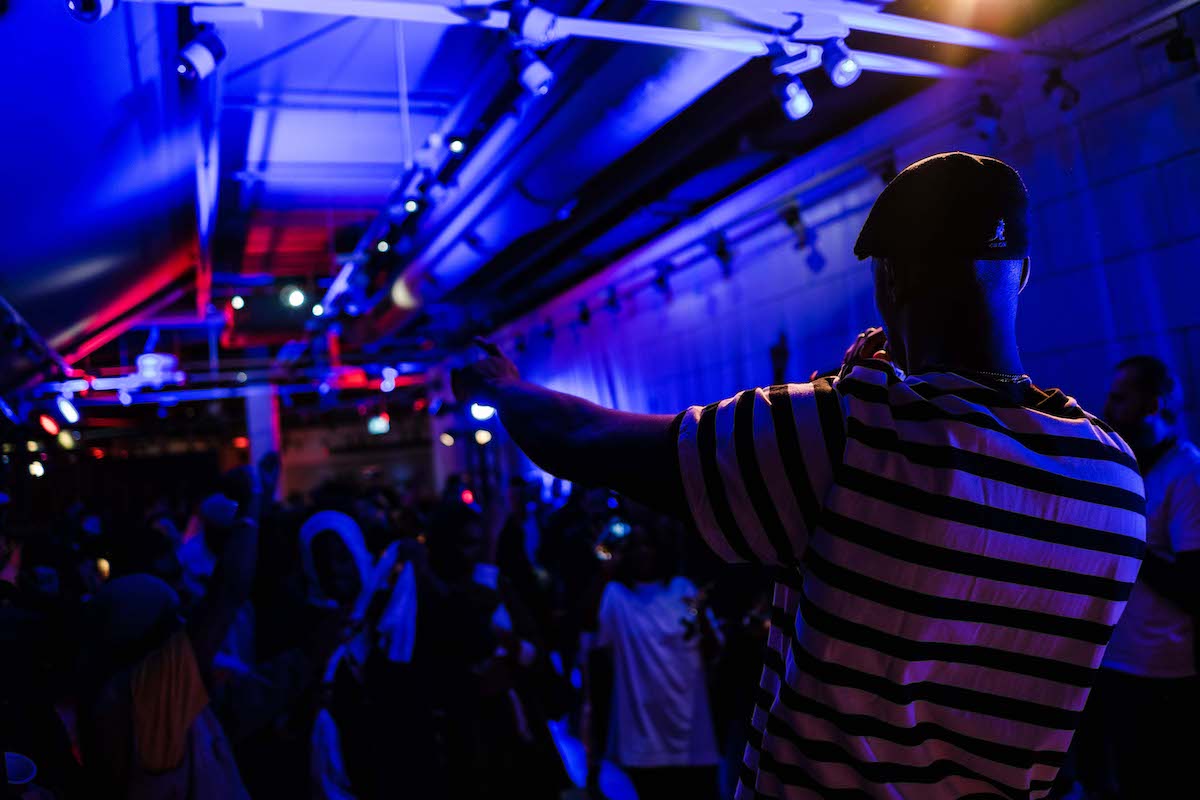