For the NIKE WMNS Team Berlin summer 2019 was dominated by the Women's World Cup in France. On this journey we accompanied NIKE Deutschland GmbH in several projects.

The women's soccer club Türkiyemspor Berlin e.V. was accompanied & supported by NIKE.
The football booths in their club house were subjected to a big make-over, where not only the modernisation of the entire wall design but also the furnishing was carried out.
A highlight of the NIKE x Türkiyemspor Journey was the viewing of a women's world cup game. At the club-internal event a total of 350 members, sponsors and NIKE employees were invited to watch the World Cup game Germany vs. Foodtruck and outdoor bar completed the set-up and prepared a harmonious and friendly summer evening for all participants.
The grand finale of the project was the "Jersey Launch" event. First the invited guests gathered at the cult „Passagen Kino“ in Berlin Kreuzberg to enjoy the NIKE x Gurlstalk movie "Spit fire, dream higher" with popcorn scent, before a panel talk with well-known personalities from the world of soccer such as former national team player Fatmire Alushi took place at the location. Afterwards, the guests were shuttled to the club grounds of Türkiyemspor, where an extraordinary but familiar arrangement was waiting for everyone. At this point the newly designed jersey was presented by the 1st women's team in best football manner.

For NIKE Germany we were allowed to take over the all over project management in the projects of this campaign from conception and location scouting to production and final implementation. 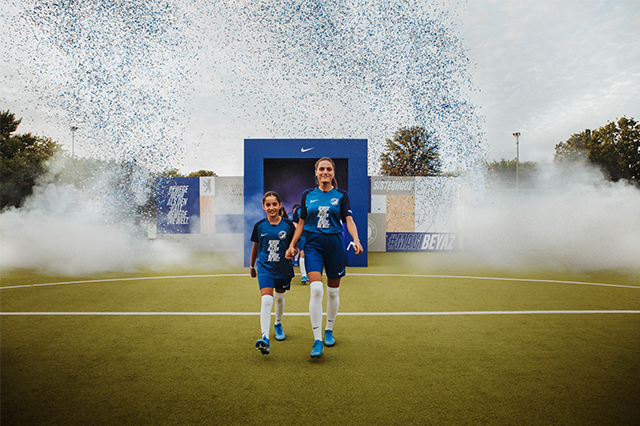 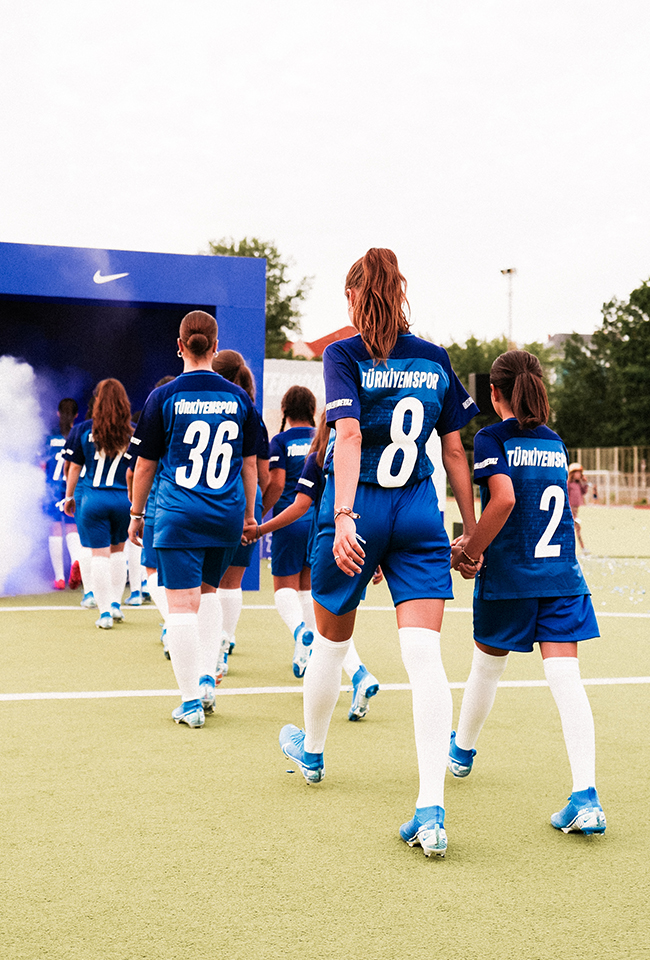 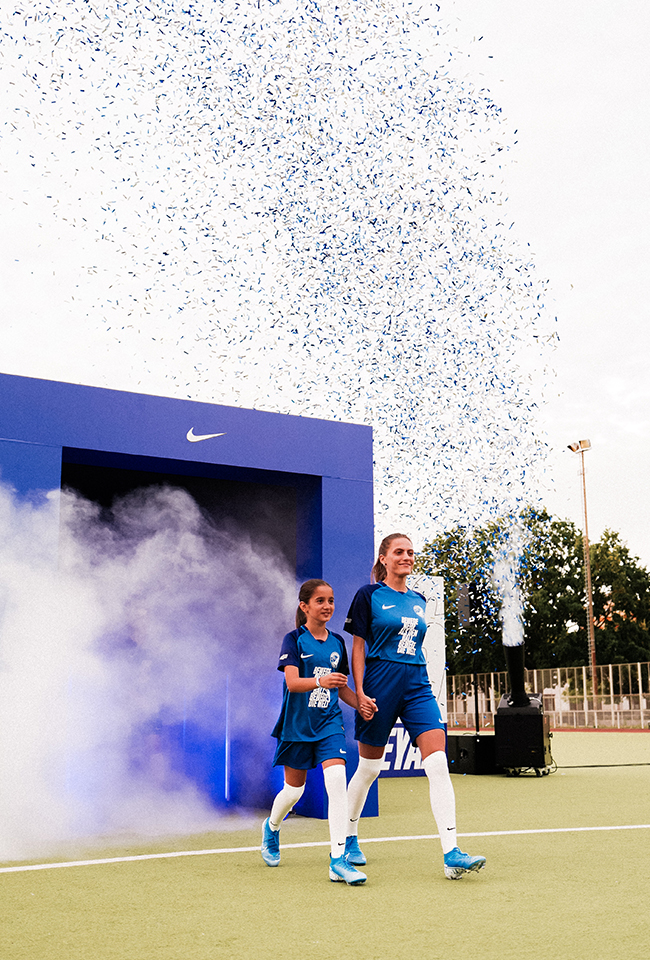