NIKE European Operations Netherlands B.V. commissioned us in May 2019 with the project management for the launch event of the Nike Air Jordan 1 x Travis Scott "Cactus Jack" hand in hand with the retail partner solebox.

Travis Scott is not only a rap superstar, but also firmly anchored as a designer in the streetwear segment. His "Cactus Jack" collection caused a sensation in May, especially the Air Jordan 1 "Cactus Jack" - a shoe that made the hearts of sneakerheads beat faster.
Based on the freely invented world and the LP "Astroworld" by Travis Scott with the same name, a twisted, psychedelic world in a fairground atmosphere was created in an off-location in Berlin. The heart of the setup was a breathtaking installation inspired by "Astroworld" by the prestigious artist "Base23".

In advance, the sneakerheads had the opportunity to register for the Raffle.
According to "Who comes first, serves first" several thousand participants tried their luck to win their grails. Turning on a huge lottery drum, one could either draw a winning lot or a rivet. The winner could then buy his "Grail".

The unique raffle-experience was accompanied by sweets from vendor trays, drinks and good music.

Our scope of duties included the complete project management including conception and production. 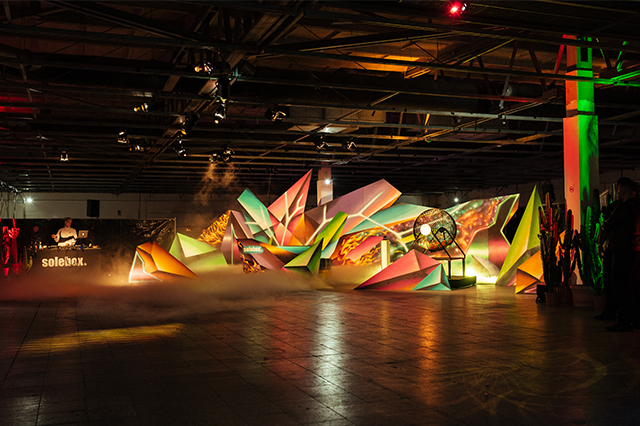 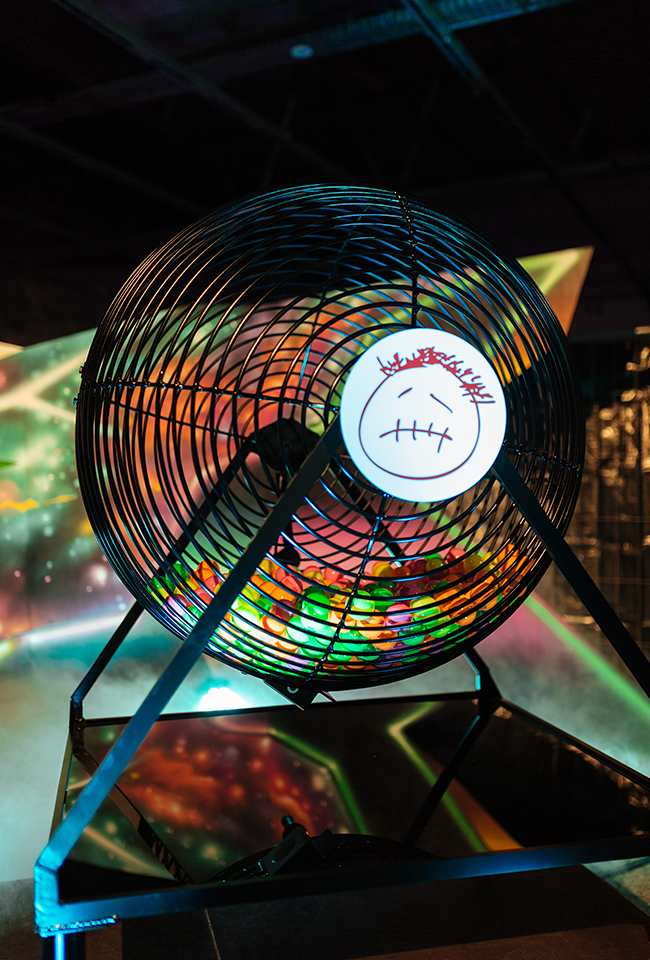