In April 2019 we took over the project management for the film screening of the documentary „Artifishal“ for Patagonia Europe. The documentary deals with the extermination of wild salmon and the destruction of habitats caused by fish-farming. By looking at the Alta fiord in Norway the documentary displayes how open fish-farms cause the spread of diseases and the destruction of the submarine world. The open net cages used by the fish farms are a massive contributor with regard to the dramatic decline of the wild Atlantic salmon. Out of this reason Patagonia and the NGOs started a petition. This petition calls on the national legislator to forbid the building of new open fish farms and to shut down already existing farms. Doing this, the extermination of wild fish and the destruction of the ecosystem should be stopped.

Before and after the screening the solo artist Steph Grace performed in the foyer and made sure that all guests are in a good mood. After the documentary there was a Q&A with the Scottish activist and fly fishermen Mikael Fröding and Stefan Ludwig from the North Atlantic Salmon Fund Germany and the audience.

Following this link you can sign the ongoing petition and get more information about the topic: https://you.wemove.eu/campaigns/stop-europe-s-dirty-fish-farms 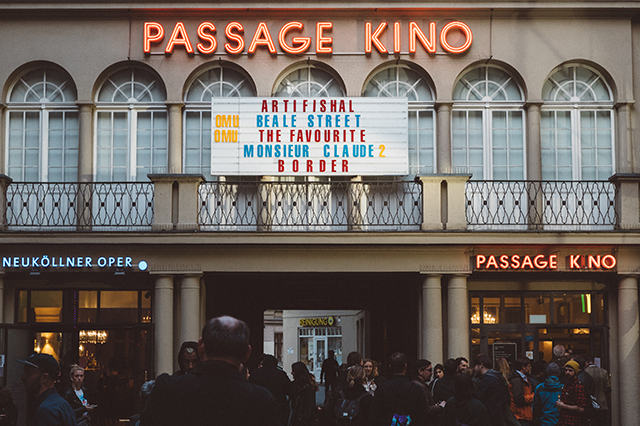 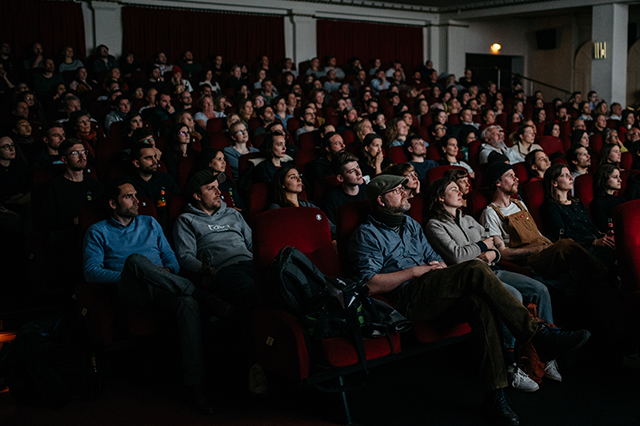 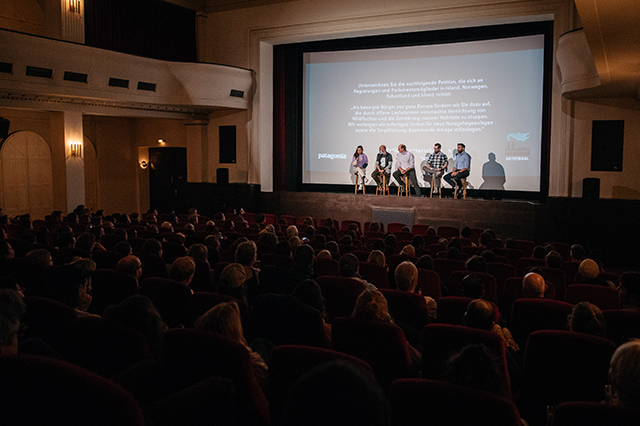 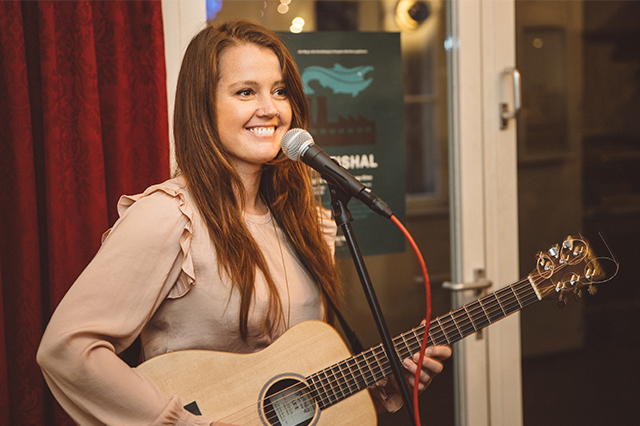