Fairytales are no longer what they used to be.

Under this slogan and with the launch of “Disenchantment”, an animated series produced by Matt Groening, we were entrusted by Netflix International B.V. with the production of a 3m high statue. The statue depicts the main characters - Princess Bean and her faithful companions Demon Luci and Elfo.

The production included the creation of the figures in 3D, followed by modelling and painting. The airbrush technique was used for the painting.

With the start of the series in mid-August, the statue was exposed in Bremen on the Upper Domshof, and afterwards in Hamburg on the Spielbudenplatz. 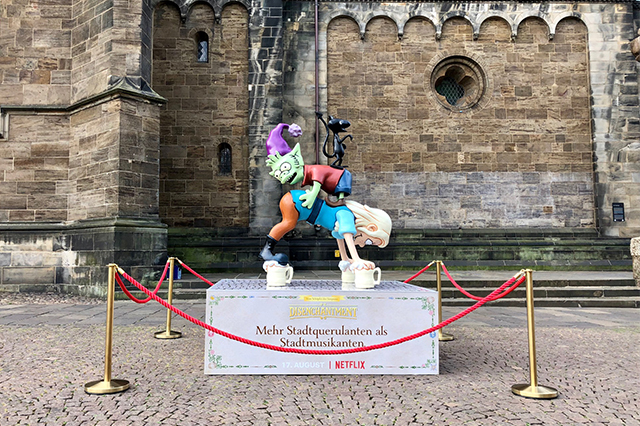 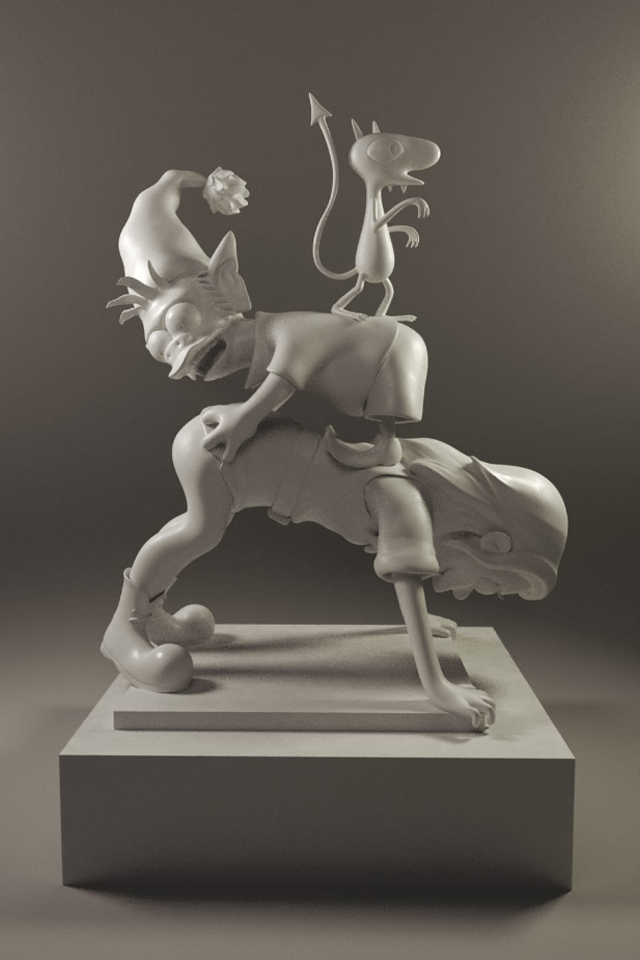 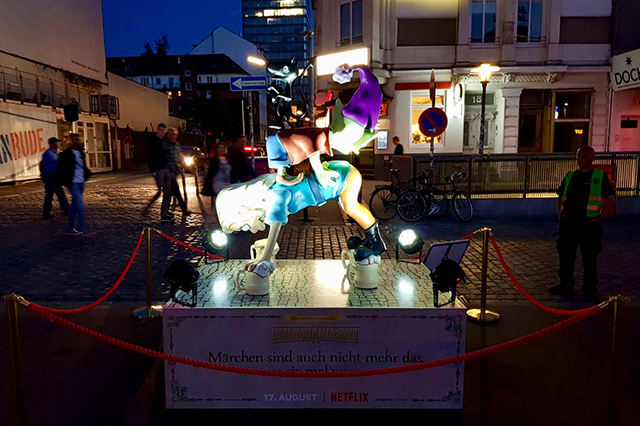